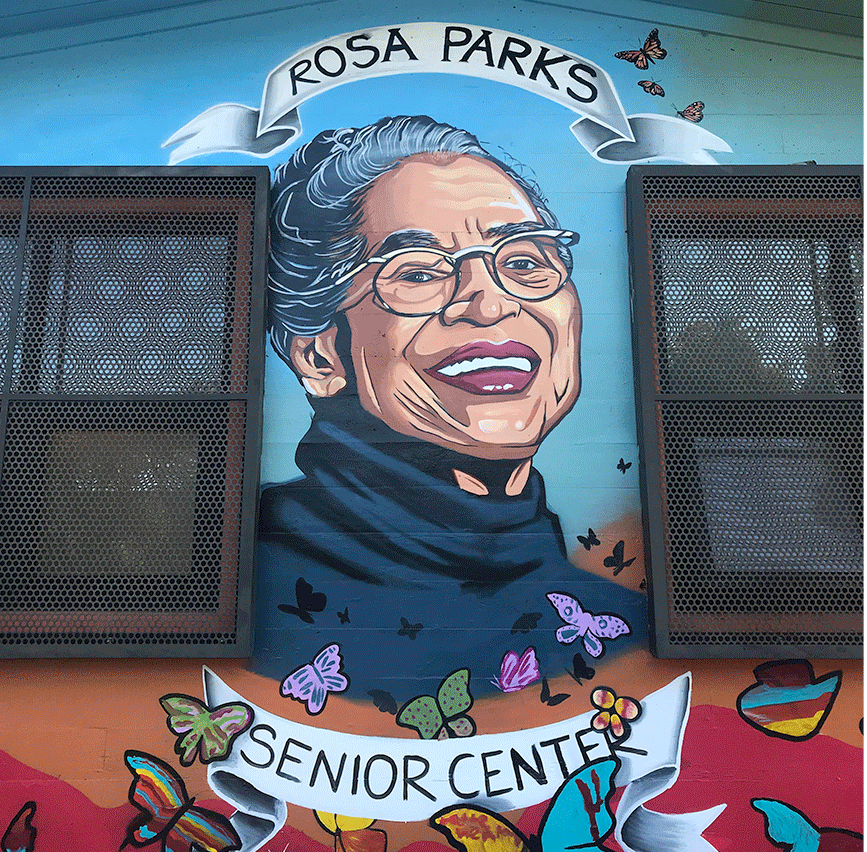 More than a thousand local community members contributed to the creation of the Western Addition’s new mural, a ground-to-roof artwork that wraps around the outside of San Francisco’s Rosa Parks Senior Center, located on the Buchanan Mall.

Given that neighborhood residents’ collective input and efforts were key to creating the mural, it seemed natural that community members should also collaboratively name the finished work, which depicts area history through portraits of both famous and anonymous local heroes.

Surveys were distributed electronically and in person, votes were tallied, and a fitting new name emerged: The Spirit of Fillmore.

The Spirit of Fillmore was inspired by the stories of hundreds of community members of all ages who live in public housing adjacent to Buchanan Mall. They shared with Buchanan Stories documentarians their personal histories and visions for the mall, a five-block-long public park. Residents also participated in a slate of public design-planning workshops facilitated by Buchanan Stories and muralists Andrė Jones and Izze Drumgoole of Bay Area Mural Program (BAMP), and painted the mural under the direction of BAMP artists.